At Omnidex, we take pride in helping our customers develop prototypes and models, there are many ways in which we can do this.

Sand casting is a common method for producing prototypes. The team at Omnidex provide services ranging from product design to surface finishing. We can eliminate design flaws early, before investing in machining or producing several thousand castings every year.

Achieving consistently good results by sand casting is a complex process, contrary to the YouTube videos that circulate on social media. Did you know, for instance, that three different kinds of sand are used in sand casting? Why is a particular type of sand used at what time? When should each type of sand be used?
We will discuss the three types of sand that are commonly used in sand casting, their usage, as well as the why’s and when’s of the different types.

What Is Sand Casting?

Non-ferrous alloy casts are commonly produced through sand casting, also known as sand mold casting. The origins of this process date back more than 6,000 years, and it has undergone a number of changes and modernizations over the centuries. Nonetheless, the basic principles have not changed. There have been numerous replications of this technique in everything from small DIY shops to large commercial foundries. There are many variations of this process, but one of the main differences is the type of sand used. Here, you’ll discover the types of sand used in sand casting.

What Type Of Sand Is Used For Sand Casting?

Green sand is made by molding wet sand which can also be termed clay. When the metal is being poured, the sand mold is uncured. Using green sand for casting is quick and economical, as the sand can be reused. However, the sand is soft, meaning that if that mold collapses or shifts during casting, the cast will be useless. Even so, the process has proven reliable enough to last for centuries and it remains in wide use today.

Advantages of Green Sand in Casting

Disadvantages of Green Sand in Casting 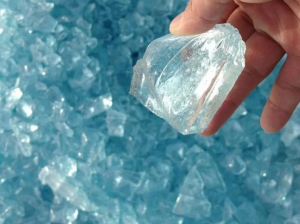 Mold castings can be created using sodium silicate as well. By passing carbon dioxide through Sodium Silicate, it quickly turns from a liquid into a solid. This leads to sodium silicate dehydrating. It is particularly useful when castings need a cavity within them. In general, it can be mixed with other materials to create a solid core, but must be mixed with other materials, so it can break down upon casting so the core can be removed. An incorrect mixture will result in the core becoming lodged inside the casting, making the casting defective.

Advantages of Sodium Silicate in Casting

Disadvantages of Sodium Silicate in Casting

Mixing resin sand and heating the surface produces a solid mold with a smooth surface. Castings from a solid mold are less likely to produce defects, but they also cost more and take longer to produce. Unlike green sand molds, resin sand molds require more time, since each of them must be mixed and burned to produce the perfect mold. In addition to its high cost, resin sand must constantly be replaced, despite its ability for re-use. Therefore, the process tends to be more expensive.

With decades of sand casting and other manufacturing experience, Omnidex is reknowned internationally as a leading manufacturer of metal castings. Give us a call if you need assistance choosing the type of sand that would be best for your sand casting project! To learn more about how can assist you with your casting needs, contact us HERE.

Contact our Engineering Team to learn more about our diverse manufacturing and engineering service and how we can help on your projects.

Omnidex is a World-Class Manufacturing and Engineering company that produces high quality, porosity-free casting products which are trusted by companies across different industries. Throughout the whole process, from product development to delivery, we strive to provide you with unwavering support. Providing you with unmatched diverse capabilities and experience, we help you overcome any obstacle. 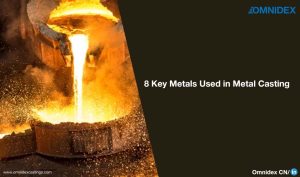 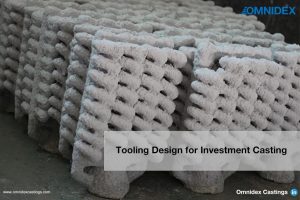 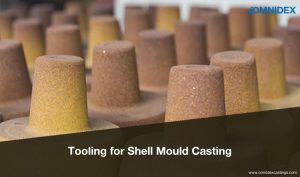 We are always ready to help with your latest project.

Contact our Customer Service and let us know how we can help to catapult your next project to success.

If you are looking for metal casting services, our brochure is a great way to discover what Omnidex has to offer. You can download HERE or EXPLORE HERE to learn more.

You can find out more about which cookies we are using or switch them off in settings.

This website uses cookies so that we can provide you with the best user experience possible. Cookie information is stored in your browser and performs functions such as recognising you when you return to our website and helping our team to understand which sections of the website you find most interesting and useful.

Strictly Necessary Cookie should be enabled at all times so that we can save your preferences for cookie settings.

If you disable this cookie, we will not be able to save your preferences. This means that every time you visit this website you will need to enable or disable cookies again.